The Ronald O. Perelman Center for Emergency Services, also known as the Perelman Emergency Center, opened in April 2014. Located at 570 First Avenue at 33rd Street, the 22,000-square-foot facility more than triples the size of the former emergency department. It is equipped with 40 treatment spaces, including 3 triage rooms, 3 resuscitation rooms, and 3 negative-pressure isolation rooms. An on-site pharmacist is on duty 24 hours a day, 7 days a week, and there are separate entrances for ambulance and walk-in patients. 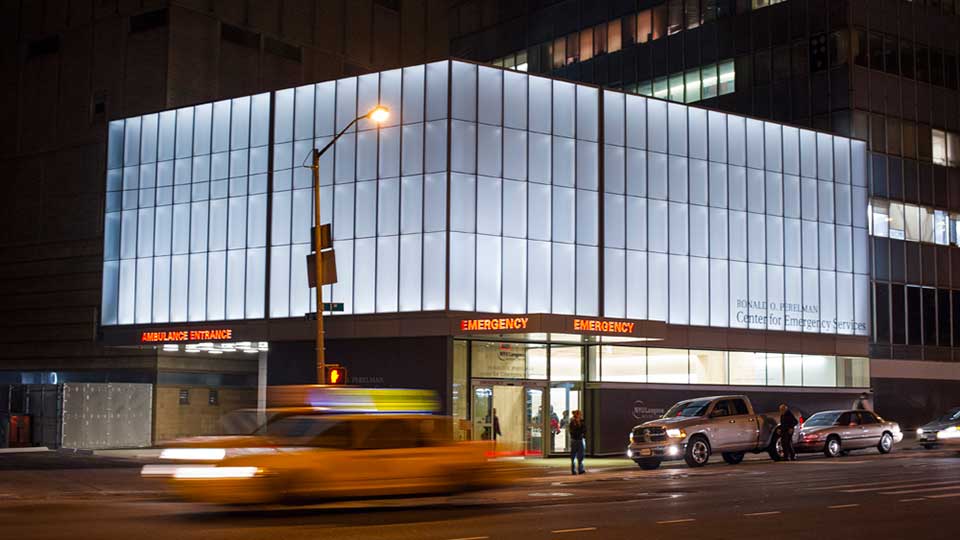 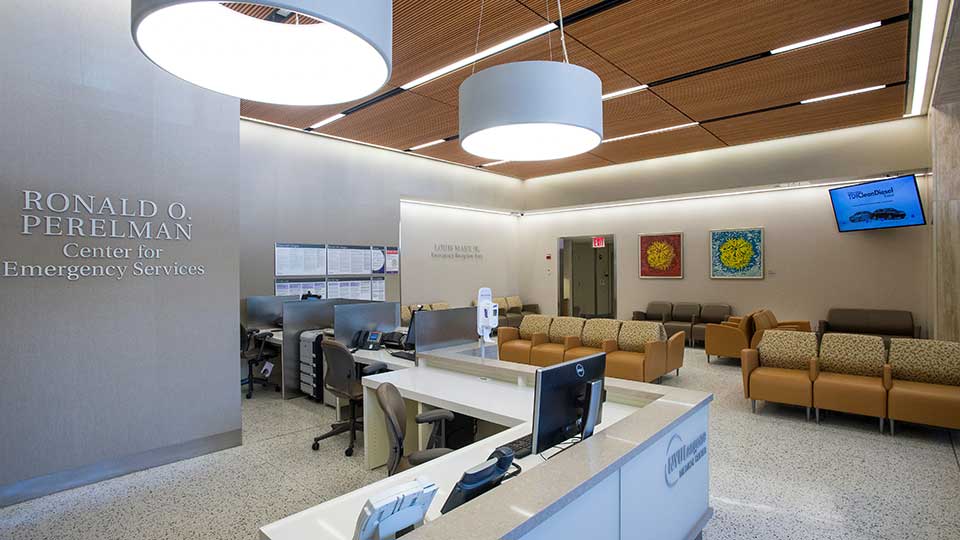 The Perelman Emergency Center was designed to be flexible and scalable so that its space can be adapted to fluctuations in patient volume. Since opening, it has already been enhanced with the addition of five patient treatment bays in December 2017, and another two treatment bays in June 2018.