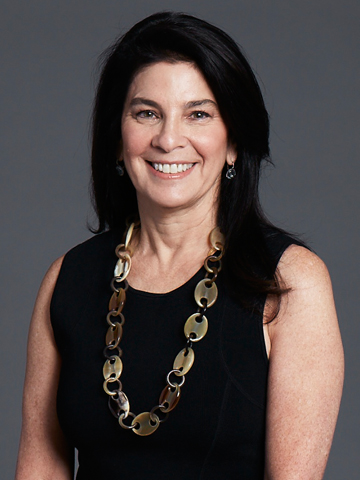 Vicki Match Suna, AIA, oversees strategic campus planning, design, construction, maintenance, and operations of all NYU Langone Health properties, a portfolio of more than 13 million square feet. As such, she leads the implementation of NYU Langone’s Campus Transformation, which includes construction of the Helen L. and Martin S. Kimmel Pavilion, a new state-of-the-art acute care hospital; the transformation of Tisch Hospital; and construction of the new Science Building and Energy Building.

Ms. Match Suna also oversees NYU Langone’s growth beyond the main campus in Manhattan, including the ongoing redevelopment of NYU Langone Hospital—Brooklyn, and NYU Winthrop Hospital on Long Island; and expansion of an extensive portfolio of ambulatory care facilities in the five boroughs of New York as well as the greater metropolitan region.

She was an honoree of the New York City Commission on the Status of Women and recipient of the Art Trek Award from the Queens Council on the Arts. And, in 2010, she received the Center for Architecture Award from the New York Chapter of the AIA and the Center for Architecture Foundation. Ms. Match Suna also received a Sam Fox School Distinguished Alumni Award in 2014 from Washington University in St. Louis, and in 2016, the Washington University’s Founders Day Distinguished Alumni Award.

Ms. Match Suna joined NYU Langone in 1994. In her previous role as vice dean and senior vice president for real estate and strategic capital initiatives, Ms. Match Suna was responsible for strategic capital planning throughout NYU Langone. As project executive, she also oversaw the development of the award-winning Joel and Joan Smilow Research Center in 2006. She was appointed senior vice president and vice dean for real estate development and facilities in 2007, and executive vice president in 2019.

Prior to joining NYU Langone, Ms. Match Suna was an associate partner at Lee Harris Pomeroy Associates. Her previous experience includes directing the New York City office of Payette Associates, and positions at Ellerbe Architects & Engineers, SMP Architects and Perkins & Will. She holds a bachelor of arts and a master’s degree in architecture from Washington University in St. Louis.