The spiritual care team at NYU Langone includes chaplains, rabbis, priests, and imams who are available to counsel people of all faiths, as well as those who do not have a spiritual practice.

Our chaplains are board-certified or eligible for certification, meaning they have finished their theological and clinical pastoral education and are completing an additional 2,000 hours of clinical work as well as a professional board review. Our chaplains are available at our inpatient facilities in Manhattan, Brooklyn, and Long Island.

Chaplains at NYU Langone’s Tisch Hospital, Kimmel Pavilion, and Hassenfeld Children’s Hospital—34th Street are available weekdays from 9:00AM to 5:00PM. Chaplains at NYU Langone Orthopedic Hospital are available by request. If you would like to speak to a chaplain, rabbi, priest, or imam after hours, please ask your nurse to page the chaplain on call. 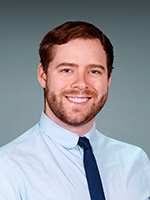 Rev. Dimick is a board-certified chaplain with the Association of Professional Chaplains and an ordained minister in the Presbyterian Church (USA). He received a master’s degree in divinity and in social work from Boston University. He has been the staff chaplain for Hassenfeld Children’s Hospital at NYU Langone since 2016. His prior vocational experience includes advocacy for domestic violence survivors in the LGBTQ+ community through The Network/La Red; social justice advocacy in Boston; a parish ministry in California; and a hospital chaplaincy residency in Utah. Rev. Dimick is on the leadership team of Not So Churchy, a progressive worshiping community, and is a volunteer for Comfort Zone Camp, a nonprofit bereavement organization for children who have experienced the death of a parent, sibling, or primary caregiver. 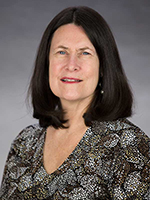 Chaplain Brasco is a board-certified chaplain. She received her bachelor’s degree from Duke University and her master’s degree in divinity from Yale University. She leads spirituality groups for patients in the inpatient psychiatry unit at Tisch Hospital and has broad experience working with patients in the intensive care unit. Before her chaplaincy work, Ms. Brasco worked as a staff member at Episcopal churches and as a consultant to the national office of the Episcopal Church. She also served as a delegate from the Anglican Consultative Council to the United Nations Commission on the Status of Women. 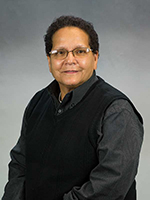 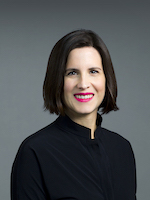 Chaplain Kitamura is a board-certified chaplain with the National Association of Catholic Chaplains. She received her master’s degree in theology from Catholic Theological Union in Chicago and is a master’s degree candidate at NYU School of Global Public Health. Before joining NYU Langone, she completed her clinical training at Advocate Christ Medical Center in Oak Lawn, Illinois, and Rush University Medical Center in Chicago, and was also a research fellow at Cincinnati Children’s Hospital Medical Center.

Dr. Atlig began his career at the Imams and Preachers Seminary in Izmir, Turkey, where he was ordained as an imam and Muslim cleric. He received his doctorate in philosophy from the Theology Department at the University of West Coast, and then served as the imam of New Peckham Mosque, in London. After relocating to the United States, Dr. Atlig completed the Clinical Pastoral Education program at VA New York Harbor Healthcare System and became a board-certified chaplain with HealthCare Chaplaincy Network in 2019. Before joining NYU Langone, he served as a chaplain at various New York City hospitals. Dr. Atlig speaks Turkish, Arabic, and English, and is married, with three children.

Chaplain Praver is a board-certified chaplain with the Association of Professional Chaplains and ordained by the Jerusalem Rabbinate. He received his doctorate in ministry from Hartford International University for Religion and Peace and completed his clinical training at Norwalk Hospital, both in Connecticut. Before joining NYU Langone, he served as chaplain–rabbi with the Connecticut Department of Correction. Prior to that, Chaplain Praver served as the spiritual leader of Congregation Adath Israel in Newtown, Connecticut. 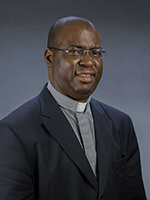 Father Okeke received his master’s degree in pastoral theology from St. John’s University and his doctorate in pastoral counseling from Hebrew Union College—Jewish Institute of Religion in New York City. He worked in Nigeria for three years as an associate pastor and a chaplain with the St. Stephen’s Society. Father Okeke is also chaplain to the Igbo Catholic community in the Bronx, serving people whose roots are in West Africa. 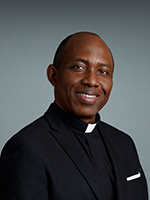 Father Ene is ordained by the Roman Catholic Diocese of Enugu, Nigeria. He received his bachelor’s degrees in theology and philosophy from Bigard Memorial Seminary in Enugu and his master’s degree in pastoral theology from Pittsburgh’s Duquesne University. Father Ene has a passion for pastoral ministry, and he trained as a chaplain at Sisters of Charity Hospital of Buffalo, New York, before arriving in New York City to serve as part of the spiritual care team at NYU Langone. 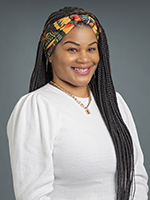 Ms. Halley’s passion for maintaining a positive and respectful work environment led her to our spiritual care team, where she manages all department events, meetings, patient requests, services, and training. Ms. Halley also provides administrative support to our department, and serves as the liaison between patients, the spiritual care team, and hospital leadership.

Chaplains are available on-site at NYU Langone Hospital—Brooklyn on Saturday mornings and weekdays between 9:00AM and 5:30PM. If you have an urgent spiritual need after hours, please ask your nurse to call 212-263-6363 and enter extension 7505. 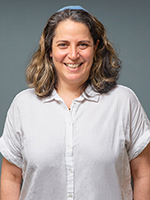 Rabbi Tav is a board-certified chaplain with Neshama: Association of Jewish Chaplains, an ordained Conservative rabbi from Jewish Theological Seminary, and a professional educator. Rabbi Tav works with people from diverse cultural and religious backgrounds. She completed her clinical pastoral education in 2011 at the VA NY Harbor Healthcare System. Rabbi Tav speaks English, Hebrew, and French. 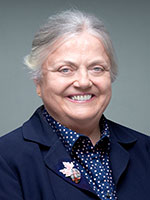 Chaplain Braun is a commissioned deacon in the Lutheran Church—Missouri Synod and administrator for her parish, St. John the Evangelist in Williamsburg, Brooklyn. She completed her clinical pastoral education residency at NYU Langone Hospital—Brooklyn and has worked as a chaplain since 2011. Before becoming a chaplain, she worked as a development officer with Lutheran World Relief. 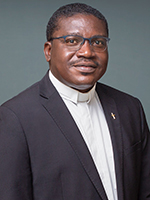 Father Conduah has a postgraduate diploma in education from the University of Cape Coast in Ghana. He is working towards his doctorate in educational leadership at Fordham University and his clinical pastoral education certification with the National Association of Catholic Chaplains, under the endorsement of the Roman Catholic Diocese of Brooklyn. 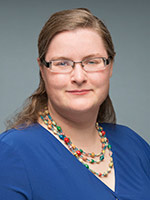 Chaplain Kelly is a board-certified chaplain with the Association of Professional Chaplains. She received her master’s degree in divinity from Chicago Theological Seminary in 2007. She is a member of the Religious Society of Friends, also known as the Quakers. Before her work as a chaplain, Chaplain Kelly worked with survivors of sexual and domestic violence and the homeless. Chaplain Beth completed her clinical pastoral education at NYU Langone Hospital—Brooklyn through the Lutheran Services New York Alliance.

Chaplains are available on-site at NYU Langone Hospital—Long Island on weekdays between 8:30AM and 11:00PM. Please call 516-663-4749 to arrange a visit. If you have an urgent spiritual need after hours, please ask your nurse to page the chaplain on call. Learn how you can support our Spiritual Care Program. 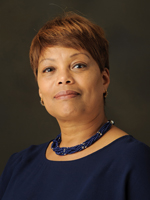 Rev. Jones has led NYU Langone Hospital—Long Island’s spiritual care team since 2011, and is ordained and endorsed by American Baptist Churches USA. She received her master’s degree in Christian education with an emphasis in pastoral care and family ministry from Scarritt Graduate School in Tennessee, and her master’s degree in divinity from Union Theological Seminary in Manhattan. Before joining NYU Langone Hospital—Long Island, Rev. Jones completed her clinical chaplaincy training at Beth Israel Medical Center and a year of residency at NewYork-Presbyterian Brooklyn Methodist Hospital, where she was also a staff chaplain. She previously worked as director of field education at Union Theological Seminary and served as a pastor of congregational care. Rev. Jones is a member of the Association of Professional Chaplains and the Spiritual Care Association. 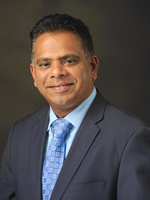 Rev. Daniel received his master’s degree in arts from Madras University and his master’s degree in divinity from Church on the Rock Theological Seminary, both located in India. He was introduced to chaplaincy in the United States, and completed his clinical chaplaincy training at NYU Langone Hospital—Long Island and a year of residency with Eger Lutheran Homes and Services in Staten Island, New York. Rev. Daniel currently serves as pastor at Living Water Church in Bellerose, New York. 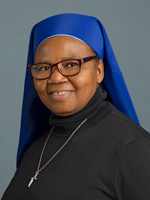 Sister Chikezie is a Roman Catholic nun in the Daughters of Mary Mother of Mercy congregation and a board-certified chaplain with the Association of Professional Chaplains. She received her master’s degree in philosophy from St. Thomas Aquinas University in Italy and moved to the United States in 2006. Sister Chikezie completed her clinical pastoral education residency at Valley Baptist Hospital in Texas. Before joining NYU Langone Hospital—Long Island, she worked as an instructor at St. Joseph and St. Peter Seminary in Texas, and served as chaplain at Rio Grande Hospital in Colorado, and staff chaplain at Mercy Hospital in Texas. 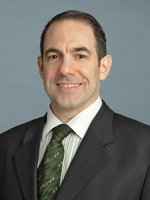 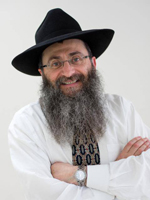 Rabbi Perl has been the spiritual leader of Congregation Beth Sholom Chabad Mineola since 1990 and director of the National Committee for Furtherance of Jewish Education on Long Island since 1974. He is also a chaplain at the Nassau County Correctional Center in East Meadow, New York, and host of “Jewish Talk,” a weekly radio program and podcast on 90.3 FM WHPC. Rabbi Perl joined the spiritual care team at NYU Langone Hospital—Long Island in 1990, and focuses on the spiritual needs of patients and their families and the entire staff. 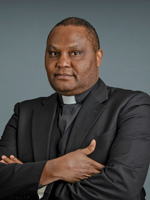 Father Umeokeke is ordained by the Roman Catholic Diocese of Nnewi in Nigeria. He received his master’s degree in pastoral theology from St. John’s University in New York, and completed his chaplaincy training at NYC Health + Hospitals/Queens and Beth Israel Medical Center in New York. Before joining NYU Langone Hospital—Long Island, Father Umeokeke served as pastor at Beth Israel Medical Center and Elliot Hospital in New Hampshire. He serves NYU Langone Hospital—Long Island under the endorsement of the Roman Catholic Diocese of Rockville Centre. 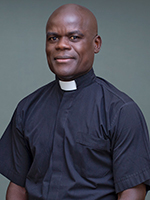 Father Owuor is an ordained Roman Catholic priest and a member of the Franciscan Missionaries of Hope, based in Kenya. He received his bachelor’s degrees in philosophy and theology from Urbaniana University in Italy and is pursuing an executive master’s degree in nonprofit administration from the University of Notre Dame. Father Owuor moved to the United States in 2013; before joining NYU Langone Hospital—Long Island, he served as pastor at Church of St. Peter the Apostle, parochial vicar at St. Ignatius Parish, and pastor at The City of St. Jude Catholic Parish, all located in Alabama. He serves NYU Langone Hospital—Long Island under the endorsement of the Roman Catholic Diocese of Rockville Centre. 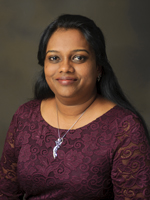 Before relocating to the United States from India, Ms. Gnanaseelan worked in the hospitality industry. She received a bachelor’s degree in hotel management and Microsoft certifications from the National Institute of Information Technology in India. Ms. Gnanaseelan was led to NYU Langone Hospital—Long Island by her enthusiasm for supporting spiritual care and education in our community. She provides administrative support to our department, and is the liaison between the spiritual care team and hospital leadership.