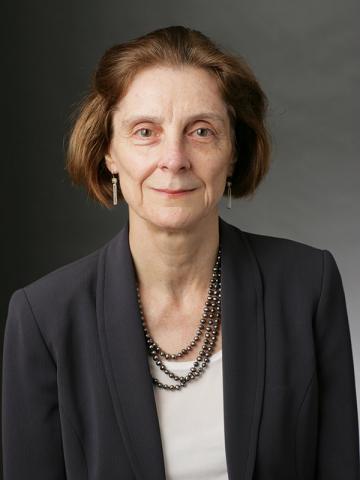 Annette Johnson, executive vice president and vice dean, general counsel, joined the NYU Office of General Counsel in 1981, serving as counsel to NYU and NYU Langone Health prior to the merger with Mount Sinai and then as senior counsel for NYU School of Medicine. She was appointed senior vice president and general counsel for NYU Langone Health in October 2001, and executive vice president in 2019. As chief legal officer, Ms. Johnson oversees all legal matters concerning NYU Langone and developed its Office of General Counsel, which now includes 14 in-house attorneys. She has been involved in the major legal events that mark NYU Langone’s history: the affiliation and merger with NYU Langone Orthopedic Hospital; the affiliation and disaffiliation with Downtown Hospital; the establishment of NYU Hospitals Center as a separate legal entity; the reunion and reorganization of NYU Langone Hospitals with NYU School of Medicine, which produced NYU Langone Health; the development of the technology transfer office; and the licensing and sale of the Remicade® royalties.

In addition to her responsibilities in legal matters, Ms. Johnson provides leadership to the Office of Internal Audit, Compliance, and Enterprise Risk Management (IACERM) and the Office of Government Affairs, all of which report to her. Ms. Johnson established NYU Langone’s Office of IACERM, hiring the first NYU Langone vice president for audit and compliance, and fostering this office’s growth to a staff of 26, providing comprehensive compliance training and support to NYU Langone Health. In the area of government affairs, NYU Langone Health has greatly expanded its activities and relationships with officials in policy and appropriations matters.