Doctors at NYU Langone’s Comprehensive Stroke Center act quickly after diagnosing a stroke. Within four and a half hours of the first symptoms, people who have a blood clot in an artery supplying blood to the brain may receive a clot-busting medication called alteplase. This is administered through a vein with intravenous (IV) infusion. Our experts from NYU Langone’s Tisch Hospital, NYU Langone Hospital—Brooklyn, and NYU Langone Hospital—Long Island can also begin more advanced treatment, such as removal of a brain clot, as needed.

Learn more about stroke treatment and outcomes at NYU Langone, which is certified by The Joint Commission as a Comprehensive Stroke Center.

Rate of Treatment with Alteplase

The only treatment approved by the U.S. Food and Drug Administration (FDA) for acute ischemic stroke, which blocks blood flow to the brain, is a medication called alteplase. 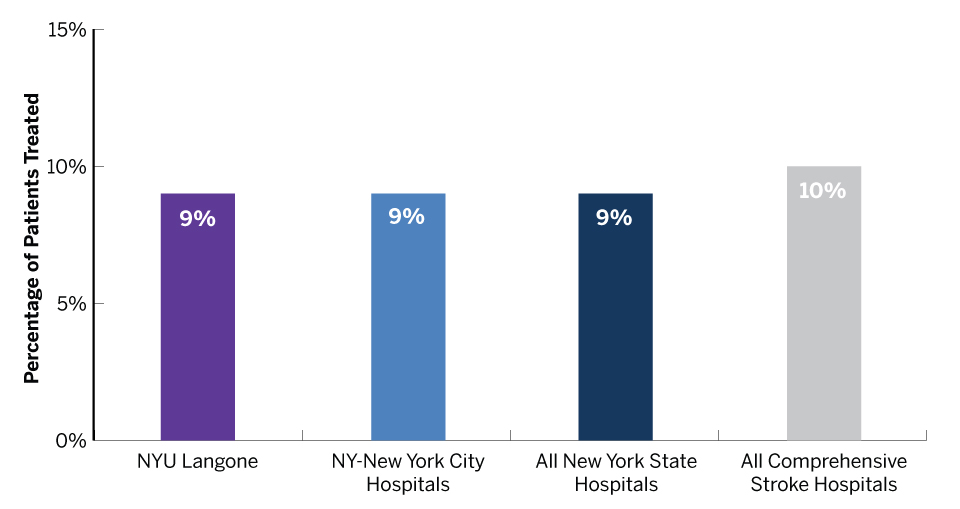 Time to Treatment with Alteplase

For every minute the brain is deprived of blood due to a blockage, 2 million brain cells are lost. Therefore, it is best for patients to receive alteplase, also known as tissue plasminogen activator (tPA), as quickly as possible—ideally less than 60 minutes after arriving at the emergency room. The average time to treatment for patients at NYU Langone is 35 minutes, which is significantly faster than the city and state averages. 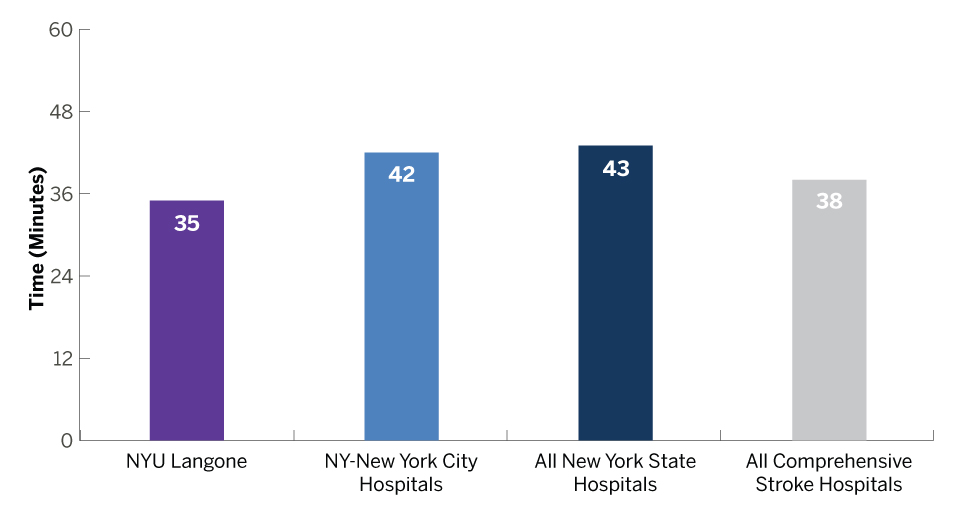 Several randomized trials have demonstrated improved neurological outcomes when patients receive alteplase in combination with a clot retrieval procedure, in which the clot that is blocking blood flow to the brain is removed. This is done using a series of catheters that are inserted into an artery with X-ray guidance.

At NYU Langone, doctors use this advanced treatment for more than 11 percent of patients experiencing stroke. This far exceeds the rate reported by doctors at other hospitals in New York City and New York State. 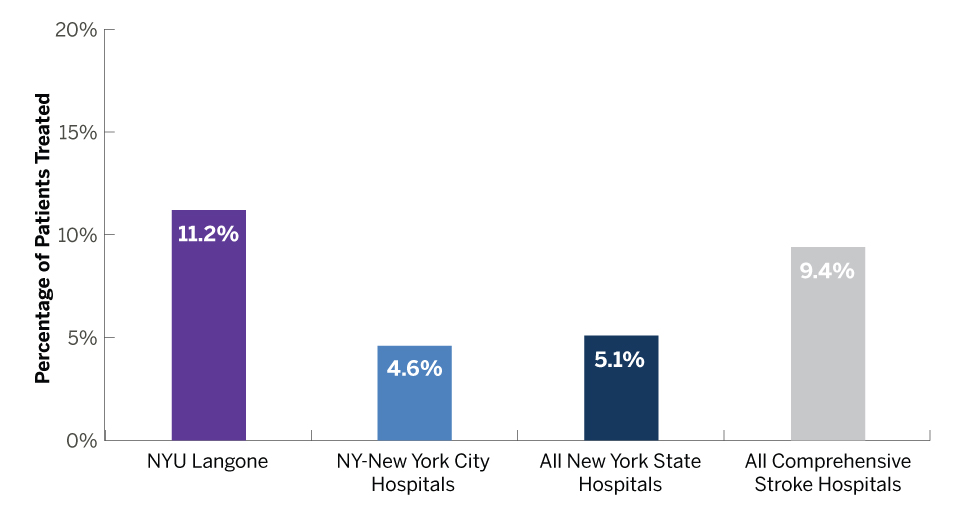