Using the NYU Langone Health app, adults and children age 5 and older can schedule a Virtual Urgent Care visit and video chat with an NYU Langone care provider to receive timely, convenient care for a variety of common medical conditions. Our patients share their experiences with this service. 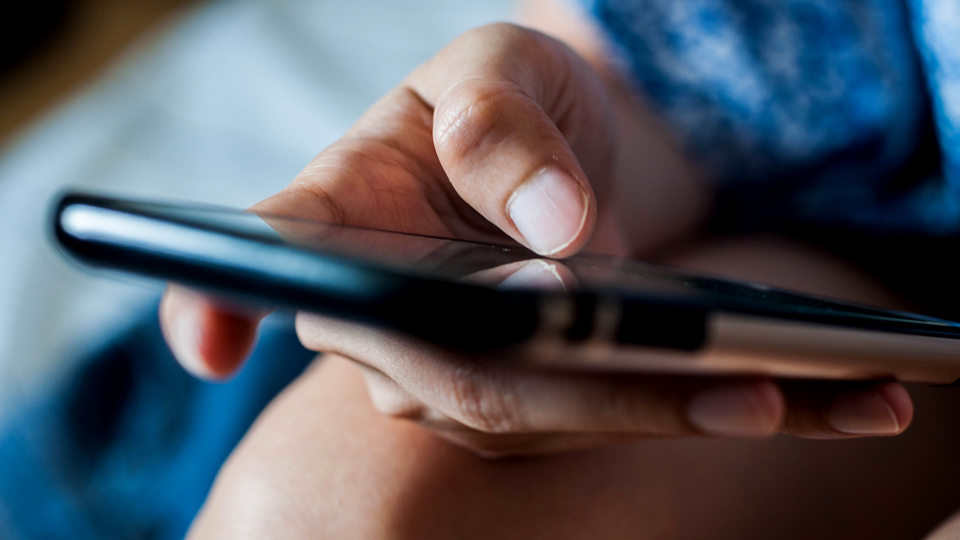 "I had a conversation with the doctor just as if I was sitting with her in her office.”

It was late at night when Leslie, an e-commerce professional in Manhattan, began to experience pain and other symptoms of a urinary tract infection. She didn’t want to wait until the morning to see a doctor or make the trip to an urgent care center.

Then she remembered her husband telling her about receiving an email for NYU Langone’s Virtual Urgent Care. Although she hadn’t used the service, Leslie had received care from NYU Langone doctors before.

“I was already familiar with the quality of care. I knew that I would have access to the best doctors,” she says.

Leslie followed the instructions in the email and downloaded the NYU Langone Health app on her phone. She signed in with her NYU Langone Health MyChart account and set up a Virtual Urgent Care video visit at the next available time—less than an hour later.

“Scheduling was so quick—it was easy to connect, and I could clearly see my doctor. It was exactly like an in-person visit except that I was in my pajamas and sitting on my sofa at home,” Leslie says.

Dr. Teresa Bowen-Spinelli asked Leslie about her symptoms and prescribed an antibiotic to treat the infection. Leslie picked up the medication from her local pharmacy in the morning, and within a few hours, she was feeling better.

After her experience, Leslie recommends NYU Langone’s Virtual Urgent Care service to many of her colleagues, friends, and family members. “This is an exceptional service. It’s fast and easy, you feel better sooner, and it doesn’t interrupt your life,” she says.

“Virtual Urgent Care provides the comfort of having a doctor within your own home—not having to leave the house makes a huge difference.”

One weekend, Michelle, a medical assistant and mother who lives in Brooklyn, was housebound with a fever and vomiting. Severe nausea prevented her from keeping down fluids, and she was becoming weak from dehydration.

“It got to the point where I wanted to go to the emergency department, but I couldn’t even walk as far as the distance to the bathroom,” she says.

That’s when she remembered receiving an email about NYU Langone’s Virtual Urgent Care. Michelle scheduled the first available online doctor visit using the NYU Langone Health app on her phone. Within 10 minutes, she was explaining her symptoms in detail to Dr. Gregory W. Simon from the comfort of her bed.

“It was like having a doctor in my home,” Michelle says.

Dr. Simon told Michelle that she likely had a stomach virus that would run its course and prescribed medication to relieve the nausea. Her husband picked up the prescription from their local pharmacy, and within 15 minutes of taking it, Michelle’s nausea subsided, allowing her to start eating and drinking again.

“I was able to regain my strength,” she says.

Michelle turned to Virtual Urgent Care again 2 months later when her 12-year-old daughter had an asthma attack coupled with seasonal allergies. Unsure if it was safe for her daughter to take different medications together, Michelle scheduled an online doctor visit that same night. “I didn’t want to wait until the next morning—I wanted reassurance,” Michelle says.

Dr. Annalee M. Baker assured her that it was safe to take the allergy and asthma medications at the same time, giving Michelle peace of mind while she scheduled an in-person visit with her daughter’s pediatrician, Dr. Alexis S. Papageorge.

“I now swear by Virtual Urgent Care,” Michelle says. “It bridges the gap between your home and the doctor’s office. More people need to know it’s available.”

“Virtual Urgent Care allowed me to have a quick appointment in between meetings. It was very convenient, and I was able to fit it into my workday.”

As a nurse manager, Lizanne doesn’t have time to be sick. When she isn’t in a meeting, she’s commuting two and a half hours during long, demanding workdays. She has also been diagnosed with diverticulitis—a condition in which small pouches that form in the digestive tract become inflamed or infected—and spent a week in the hospital for pain and complications.

A few weeks after that hospital stay, Lizanne felt intense stomach pain after she arrived at work. “I tried to change into my work shoes, and it was too painful to even bend over. I just didn’t feel right,” she says.

Lizanne’s regular doctor was more than an hour away back home, and trying to find someone else who would see her that day would be difficult. She also didn’t like the idea of waiting at an urgent care center.

That’s when a coworker suggested she schedule a Virtual Urgent Care appointment using the NYU Langone Health app. Lizanne quickly downloaded the app, and within the hour, she had an appointment with Dr. Daniel Herbert-Cohen.

Dr. Herbert-Cohen asked Lizanne to describe her symptoms and pain level, and asked about her medical history. He determined that her symptoms warranted a trip to the emergency department and—according to Virtual Urgent Care’s standard practices—he notified them of Lizanne’s impending arrival. There, doctors determined she had developed a fever caused by a new episode of diverticulitis, and she was admitted overnight so she could be treated with intravenous antibiotics and fluids.

By the next morning, doctors determined that Lizanne was doing well enough to be released. She credits her Virtual Urgent Care visit, which lasted only 15 minutes, with saving time and connecting her quickly with the best treatment.