“An ablation sounds really scary and it is, but I'm so happy I did it. I feel better and I know that the chances of me ever having an AFib episode again are very slim.”

Catherine was in the midst of one of the most exciting and stressful times of her life—planning her wedding—when she had her first episode of atrial fibrillation. Her heart raced. She was lightheaded. She couldn’t catch her breath.

In the months leading up to her wedding day, Catherine had two AFib episodes that were successfully treated in the hospital with medication that slowed and regulated her heart rate. She was symptom-free for two years until, when three months pregnant, those familiar symptoms returned and she found herself hospitalized for an AFib episode.

Catherine’s cardiologist put her on a daily heart medication, and while she was assured that the treatment was safe during pregnancy, she personally was not comfortable with it. She wanted a new approach, and was referred by her cardiologist to Dr. Larry Chinitz at the Heart Rhythm Center.

“I met Dr. Chinitz two days after I got out of the hospital, and we made a plan,” Catherine says. “I didn’t want to stay on a daily medication while pregnant, so he gave me a prescription for a pill that I could take if I fell into AFib that would correct the rhythm so I wouldn't have to be hospitalized again. I was monitored throughout the rest of my pregnancy, and there were no complications.”

Catherine had a healthy delivery, but when her son was just a few months old, the AFib returned. It was time, Dr. Chinitz told her, to opt for a more permanent fix—catheter ablation, a treatment in which heat is used to disrupt the signals in the heart that cause the out-of-sync heartbeat. Within weeks after the procedure, Catherine felt a difference. She no longer needs medication. Best of all, she can focus on the future.

“Everything looks great,” she says. “And now I can try for baby number two.”

“I feel much more comfortable knowing my ICD is there and is functioning as intended. I’m less anxious. It helps a lot to assuage my concerns.”

When Alan was in his late 50s, he suddenly started to tire easily while hiking or working out. He blamed it on being out of shape, but a trip to the cardiologist revealed the true cause. Alan was diagnosed with several heart problems, including ventricular tachycardia, a condition that causes a rapid and irregular heartbeat.

If not treated immediately, ventricular tachycardia can trigger cardiac arrest and lead to sudden death. As a preventive measure, Alan’s doctors at the Heart Rhythm Center recommended that he receive an implantable cardioverter defibrillator (ICD), which monitors heart rhythm and uses electrical energy to correct any irregularities.

Alan was hesitant at first about receiving the ICD. Surgery is required to place the unit, about the size of a large pocketwatch, under the skin in the chest and connect it to the heart with small wires. But he eventually agreed and today has no regrets.

“You get used to it pretty quickly,” Alan says. “Within two weeks I was back at the gym doing pull-ups.”

Every few months Alan’s heart speeds up, and the device delivers an electric charge that coaxes it back into a normal rhythm. This pacing is so gentle that he does not feel it. The ICD can deliver a stronger, life-saving jolt when necessary. Alan experienced this once.

“I was sitting there working on my laptop, and all of a sudden my computer fell on the floor,” Alan says. “I had passed out just momentarily, and then got shocked.”

Alan felt sweaty and disoriented afterward, but didn’t realize he had passed out. His ICD recorded what happened and sent a report to the Heart Rhythm Center, where specially trained nurses monitor any irregular patterns or ICD activations. The surveillance monitoring nurse at the Heart Rhythm Center alerted Alan of what happened and had him come in immediately for a checkup.

The device Alan was once skeptical of has given him invaluable peace of mind.

“An ICD is basically an insurance policy,” Alan says. “It's a level of protection and monitoring that you cannot have otherwise. I resisted that notion at first, but then became appreciative of the wisdom of that advice.”

“The nurses are beyond-belief amazing. They're kind, caring, and concerned, and they go out of their way to be there for you.”

Arlene had been successfully treated for atrial fibrillation at NYU Langone’s Heart Rhythm Center, but one lingering side effect remained: Like most people with AFib, she was at an increased risk of blood clots forming in the heart that could lead to stroke. 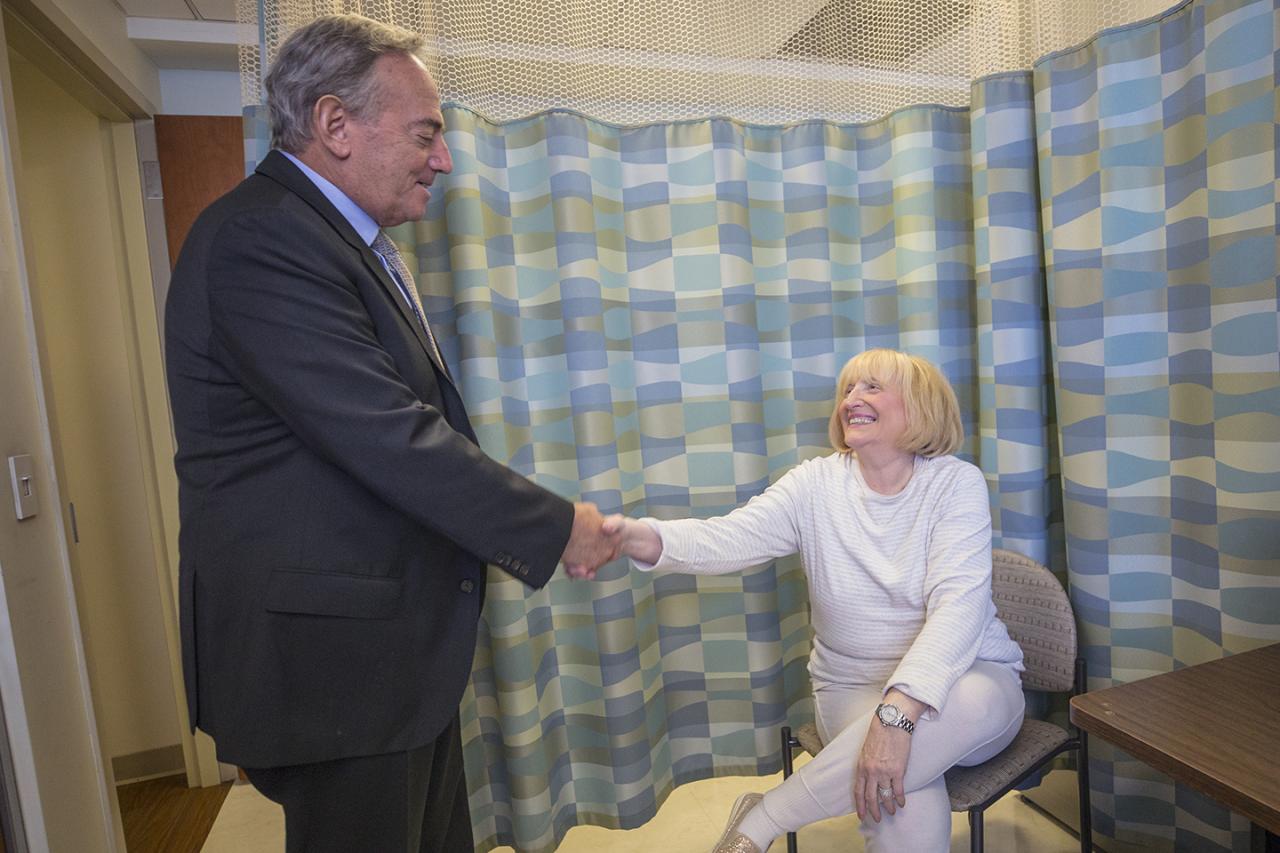 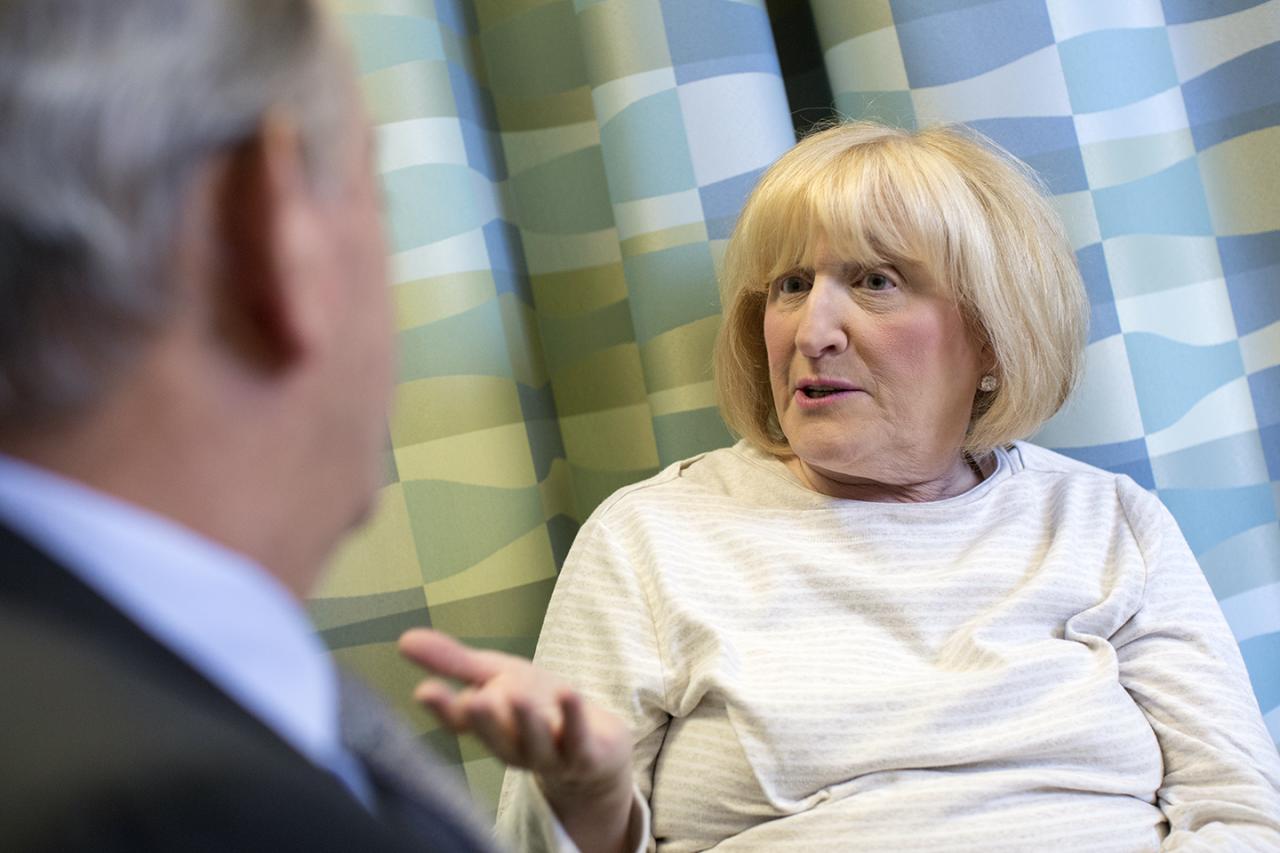 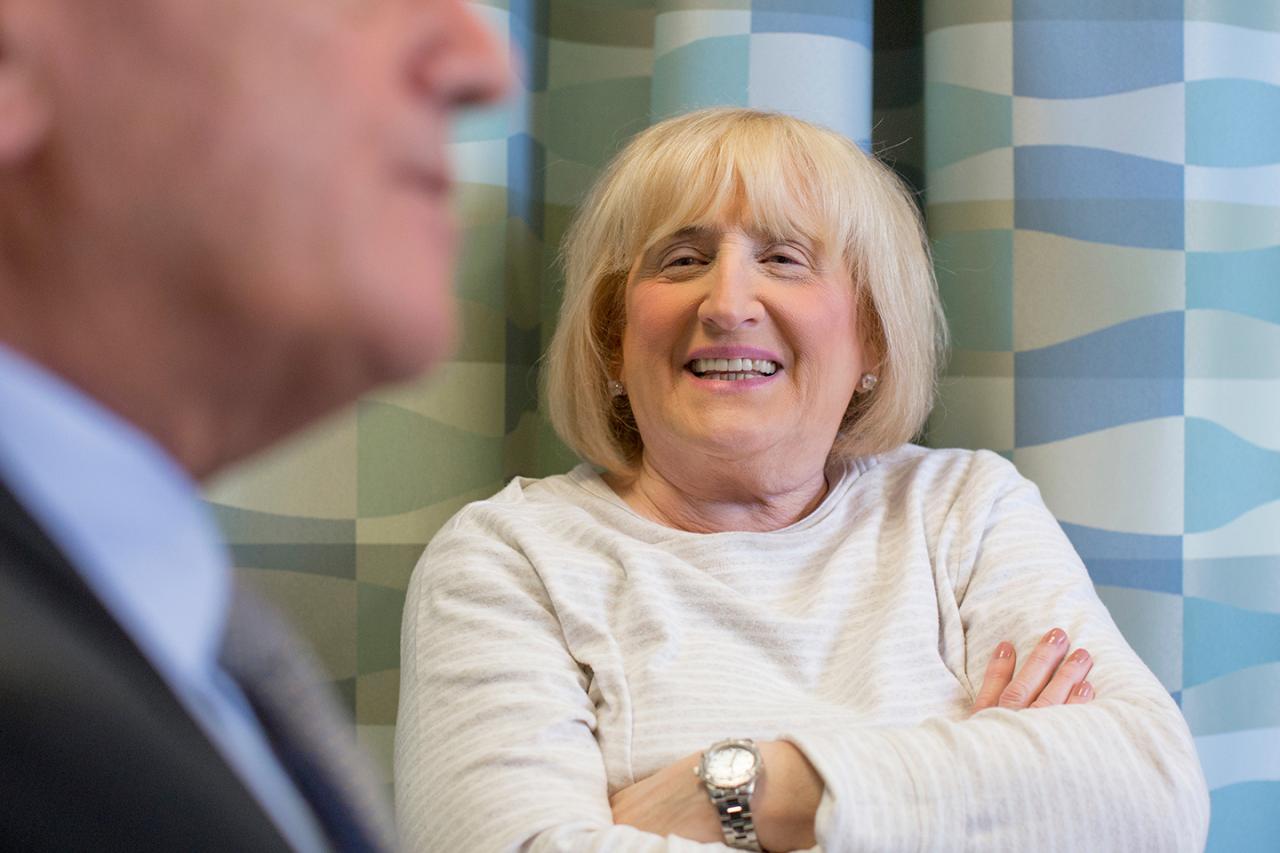 Her electrophysiologist Dr. Larry Chinitz prescribed blood thinners to reduce the chance of clotting. But the medication’s side effects, including rectal bleeding, were more than she could bear.

“It became a serious problem,” Arlene says. “I lost so much blood and I was so weak that I needed weekly iron infusions.”

Arlene needed another option. Dr. Chinitz recommended she receive a device that seals off the part of the heart where blood clots tend to form, a pocket in the upper chamber called the left atrial appendage. Arlene was nervous, but she knew that Dr. Chinitz was one of the most experienced doctors at placing the left atrial appendage occlusion device (LAAOD), also known as the WATCHMAN™.

In a virtually pain-free procedure, Dr. Chinitz used a catheter advanced through a vein in the groin to reach the left atrial appendage. Using small surgical instruments, he placed the umbrella-shaped device over the appendage. Over time, tissue grows over the device, completely sealing it off. Two months after the procedure, Arlene was able to stop taking blood thinners.

“I knew I was under the care of the right doctor, and now I’m able to go about life like a normal person,” Arlene says. “I went from a sickly person to a well person.”

“I went from needing medications that were debilitating to only taking a baby aspirin a day.”

As a Secret Service agent, John was part of a team responsible for protecting the president of the United States. When at age 47 his heart developed a dangerous heart rhythm, it put his career—and his life—in jeopardy. 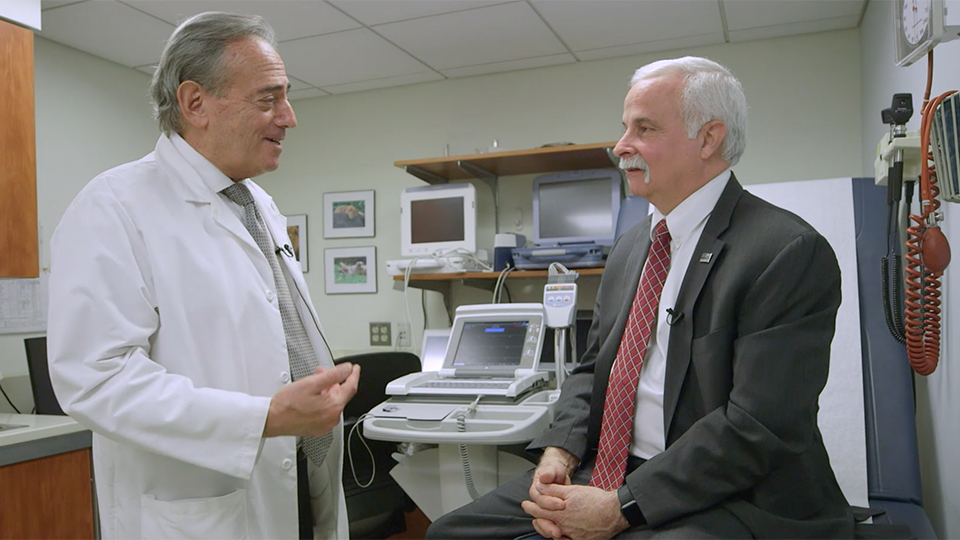 John was diagnosed with AFib, a condition that makes the heart beat too fast. His doctors in Washington, DC, prescribed medications that reduced the frequency of AFib episodes but left him feeling tired at the slightest exertion. At work, John nearly failed his mandatory health physical. He needed another treatment option and called a colleague in New York City for a second opinion.

“He told me ‘I’m taking you to see Dr. Larry Chinitz. He’ll take care of you,’” John says.

Dr. Chinitz, director of the Heart Rhythm Center, told John that contrary to what he’d been told by other doctors, his condition could be treated with cardiac ablation, a procedure in which heat is used to disrupt the electrical pathways that trigger an irregular heart rhythm. The treatment changed John’s life. He kept his job and was able to go back to the activities he loved: running, playing ball with his son, and even mowing the lawn.

“I have been a patient of Dr. Chinitz’s for more than 15 years, and have not had an episode of AFib since 2011,” John says. “I consider myself cured.”