Crawl for the Cure: Seize the Moment

20 Supporters and Counting
Give Now

Crawl for the Cure: Seize the Moment

The best seize the moment because they don’t allow their fear of failure to define them. They know this fear exists, and they overcome it. Their faith is greater than any score, performance, or outcome. Even if they lose, they are still on the path to greatness. And even if they fail, they are one step closer to the perfection they seek. Ironically, even though the best have a dream and a vision within their sights, it is the journey, not the destination, that matters most to them. The moment is more important than any success or failure. The moment is the success. The moment is the reward... Rather than hiding from pressure, they rise to the occasion. As a result, the best define the moment rather than letting the moment define them. To seize the moment, don’t let your failure define you; let it fuel you. Don’t run from fear; face it and embrace it. Don’t let fear rob you of your love and joy for the game; let it push you into the moment and beyond yourself. Let it inspire you to live and work each day as though it was your last. Don’t let the moment define you. You define the moment. Define it by knowing that your practice and preparation have prepared you well. Define it with your mental strength, faith and confidence. Define it by knowing that regardless of the outcome, you have given your very best.

Since going through the brain surgeries in November 2014 and June 2015, I have yet to lose sight of living a seizure free life. After the surgery and implant of the RNS in November, my seizures continued to come, but stronger and more frequently. The abnormality was very unique, especially after removing a part of my temporal lobe and training the RNS to interrupt my seizures. Not once do I regret the decision originally made, because though my seizures increased and continued, there has been a growth of knowledge throughout the last 7 months. Each brain wave and seizure was recorded because of the implant of the RNS, and the evidence has been made clear that the hippocampus in my left temporal lobe has been firing actively beyond belief. My only hope for 100% seizure control is to remove my left temporal lobe hippocampus, and leaving in the RNS to observe the remaining abnormal area of my brain. This does not give me a guarantee, but with all the information collected, knowledgeable team of doctors, support of family, friends, and others in similar shoes, my feeling is strong that this is the answer to my wishes of the seizure-free life I've been dreaming of- This was the plan in my June surgery. Instead, when I was opened up, a slow-growing infection was found on my brain beneath my skull. The RNS was removed along with the surrounding part of my skull, and I was closed up. I went home with a hand size piece of my skull missing and a PICC line in my arm with plans of a visiting nurse coming to teach me how to give myself infusions to get rid of the infection. The original plans of removing my hippocampus still remains and I look forward to the day in November 2015 when my dreams of being seizure free have a chance of coming true! Epilepsy currently has no cure. Many people's seizures become controlled with medication, however others lean on surgery, or a wish and a prayer to rid them of their daily seizure activity. Let's work together to help the most amazing team of doctors find a way for all of us living with seizures to rid them from our lives. All donations will be sent to FACES organization: Finding A Cure for Epilepsy and Seizures 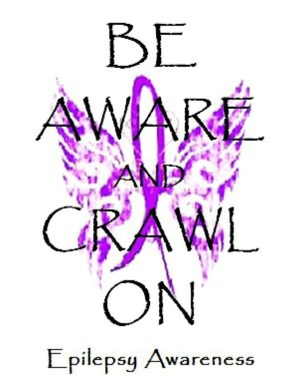 How Your Support Makes a Difference

This campaign supports: FACES (Finding a Cure for Epilepsy and Seizures)

Your gift to FACES helps our specialists make major strides toward a cure for epilepsy, while providing exceptional clinical care, education, awareness, and support to all who come to us for care.