Unlocking the Secrets of Weight Loss

It has long been a conundrum of dieting:  it’s hard to keep weight off after losing it, even when you maintain the same diet, exercise, and other healthy behaviors. For many people, especially the 70 percent of Americans who are overweight or obese, maintaining weight loss can be a losing battle. 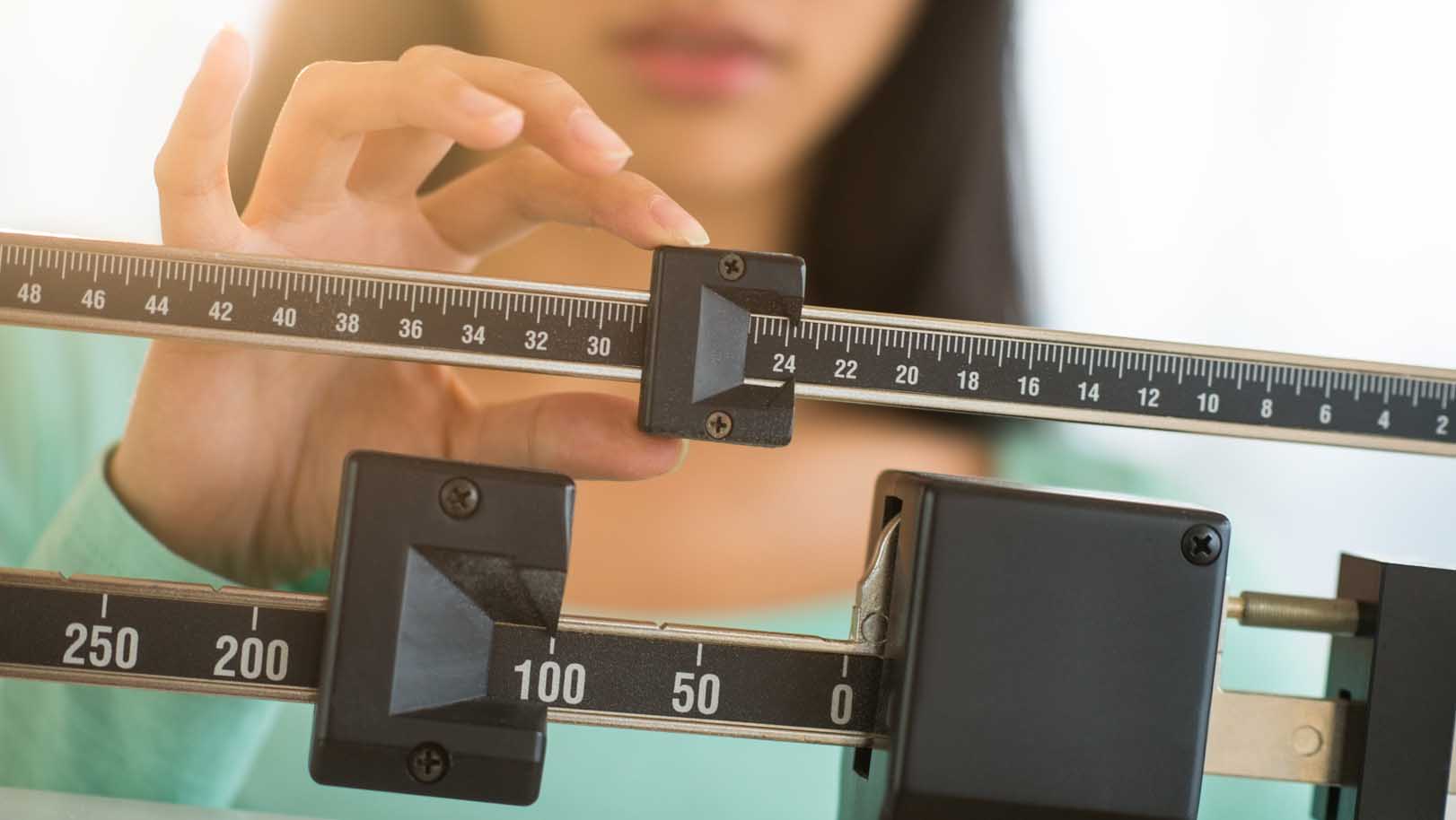 It turns out that a protein on the surface of fat cells may provide the answer to this seemingly intractable problem.

When an NIH study of TV’s The Biggest Loser competition found that contestants who regained weight after filming had metabolisms that remained slower years afterwards, researchers decided to take a closer look. They found that the protein RAGE (receptor for advanced glycation end products) basically slows our ability to burn fat, an evolutionary trick designed to keep ancient humans from starving in between successful hunting cycles.  During these periods of food scarcity, animals were more likely to survive if they could store and conserve energy. RAGE, in effect, responds to overeating or excess fat as if it were fuel to store in the body in case it goes back to starving.

Recently, researchers also discovered that RAGE, first identified nearly 30 years ago as influencing metabolism and inflammation, may be critical in the struggle to keep weight off. Their new study found that removing RAGE from the fat cells of mice made them gain less weight than did other “normal” mice with the same high-fat diet and level of activity.

The study’s lead author, Ann Marie Schmidt, MD, the Dr. Iven Young Professor of Endocrinology at NYU Grossman School of Medicine, talks about RAGE’s impact on the body—and how we may soon be able to put new research to work for people.

How did your work with RAGE lead to discoveries about different health issues?

When we first discovered RAGE, we were looking for a mechanism that linked sugar-modifying molecules—which will increase in diabetes—to the development of diabetic complications. But RAGE turned out to be a much more complicated molecule. Over the years, we related RAGE to conditions such as arthritis, ulcerative colitis, lupus, and more, many of them autoimmune, in mice. The bottom line is this: it appears that the activation of RAGE is part of a mechanism that sustains inflammation, increases tissue damage, and blocks repair.

Why would evolution do this, when it seems harmful to humans?

One of the answers may be that energy is conserved. Evolutionarily, that would have been a good thing in periods of starvation when there was a lack of nutrients. We still haven’t filled in all the gaps, I’ll be the first to admit. We’re working on it, but it’s obviously more complicated than just intuitive.

How do you plan to use what you’ve learned about RAGE to help people?

Weight loss could be a reasonable first pathway for a RAGE inhibitor. In the genetic models, when we knock out the RAGE molecule in mice that are already obese, they start to lose weight—in only a few weeks. It’s really impressive.

If knocking out RAGE didn’t lead to weight loss in the models, we’d say, “Well, maybe it only helps with the prevention of additional weight gain.” But in a clinical trial, you would have to show weight loss. One group of participants would get a RAGE inhibitor and another group would get a placebo—and we’d see which group loses weight better.

We haven’t tested that directly yet in the mice, but we’re working on it now. We’ve generated the medicated food for the mice, received all the approvals, and gotten the studies underway.

How far are you from developing a RAGE-inhibiting drug for people?

Right now, we have molecules that are orally bioavailable and potent, but they still need work. I believe that, hopefully, within a few years, we will get them to the point that they’re ready for clinical studies. We have every reason to believe that what we’re seeing in the animals is likely to work in a human system.

We’ve made so much progress, but it is still years down the line. We have a lot of chemistry to do to refine the molecules and get them to clinical trials with people. Humans, of course, are not as simple as mice; they are much more genetically complex, and we can’t control human behavior. Our mice live in cages and eat in a controlled manner. Based on our progress and determination, however, we have every hope that we should be able to get to the point to test it in people.

Find out more about the study and how RAGE works.

This interview was conducted by Elizabeth Perrella. It has been edited and condensed.