Why it’s particularly important for women to know.

Tightness in the lower chest or abdomen, pressure in the upper back, palpitations—is it stress, or something more serious? Symptoms like these, which can be vague and undefined, are often dismissed as stress-induced, with a suggestion that you will feel better with some rest and relaxation. But for many people, especially women, they can also be signs of a more serious condition, specifically a heart attack or cardiovascular event.

The fact that the signs of heart attack in women are often misunderstood points to a startling truth—many women are unaware of the prevalence of heart disease in their gender and do not take appropriate care as a result. 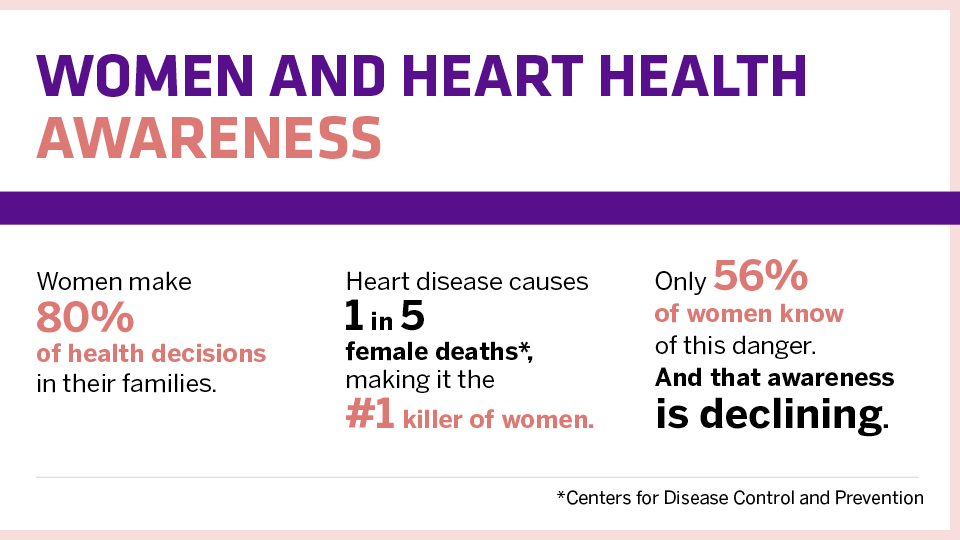 As the leading cause of death among women in the United States, cardiovascular disease (CVD) accounts for approximately one of every five female deaths, according to the Centers for Disease Control and Prevention. While the rate of heart disease in women has decreased in recent years, “we are seeing moderate increases again, especially in women under the age of 50,” says Dr. Nieca Goldberg, medical director, Women’s Health Program, NYU Langone Health, and clinical associate professor of medicine at NYU Langone Grossman School of Medicine.

And despite increased awareness over the past decades, only about half—56 percent—of women realize that heart disease is their number one killer. That number is also declining moderately, says Dr. Goldberg.

This lack of awareness of heart disease in women has long been imbedded in our culture, she says. “It’s historically been seen as a man’s disease. Women weren’t thought to have heart attacks and heart disease.” Many times, women with chest pain and other signs of heart disease have been told to reduce their stress, take an antidepressant, or go on vacation, when in reality, there is a more serious condition.

She recalls an instance early in her career when, as a young resident, she evaluated a woman patient in the hospital and thought she should have an angiogram, given her symptoms of chest pain, fatigue, and weakness. When she made the request, a senior physician declined, saying, “Women don’t get heart disease.” Later, a nurse persuaded the doctor to order an angiogram, and the patient was found to have a 99 percent blockage in an artery, which was immediately treated.

The dismissal of the patient’s symptoms “really opened my eyes,” Dr. Goldberg says, and reinforced her desire not only to study and care for women with heart disease but also to raise awareness of the risks for women.

Symptoms and Risks: Similar yet Different

Both men and women who have heart attacks usually experience tightness in the chest, which “feels like an elephant is sitting on your chest,” says Dr. Goldberg, with pressure radiating to the arm, neck, or jaw. But the similarities often end there. In men, the pain and tightness is typically located high in the chest. Women will often experience pain and tightness lower in the abdomen, and as a result, mistake it for stomach pain or gas and might take an antacid, she says. Symptoms in women may also include upper-back pressure, shortness of breath, unexplained fatigue, nausea and dizziness, and palpitations. Some of the signs in women can be subtle, leading many to dismiss them or not realize they are experiencing a cardiovascular event, she says.

Studying these traditional risks for heart disease has led researchers to identify new risk factors for women, says Dr. Goldberg. For example, there is increasing evidence that autoimmune diseases, such as lupus, and other conditions, including preeclampsia, gestational diabetes, hypertension in pregnancy, or toxemia of pregnancy, are risk factors for women. “Pregnancy-related outcomes may increase your risk for CVD later in life,” says Dr. Goldberg. Early menopause means a higher risk, as does depression, which is more common in women than in men and doubles the risk of heart disease. A diet high in carbohydrates can increase a woman’s risk for a cardiovascular event more than a man’s (see healthy eating tips, below).

Connecting Women to Their Health

Despite the fact that women make 80 percent of the health decisions in families, they often put their own health on the back burner while taking care of their loved ones. “When raising their children, women tend to get disconnected from the health system,” explains Dr. Goldberg. “They will track the health of everyone in the family and take their children to check-ups, but they ignore their own regular visits.”

To stay healthy, the single most important thing women can do is schedule regular check-ups to monitor blood pressure and overall health, she says. 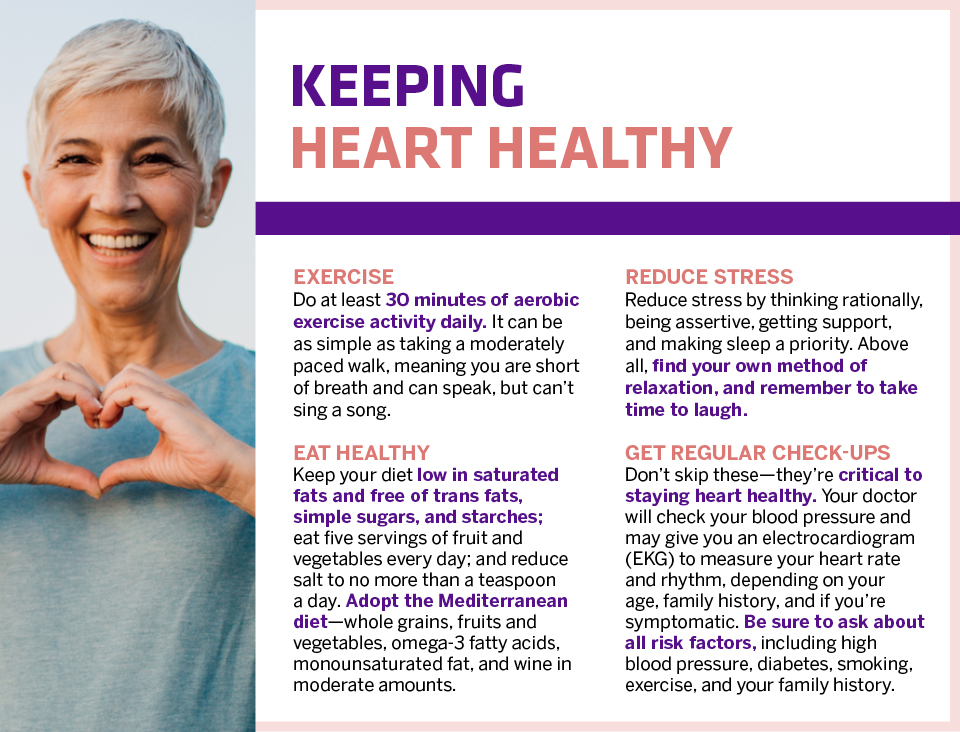 In addressing women’s heart health, there are several conclusions that women should draw. “Prevention is key to preventing heart attack and stroke,” she says, “and we need to expand screening for CVD beyond the traditional risk factors, while looking more aggressively at modifying the risk factors.”